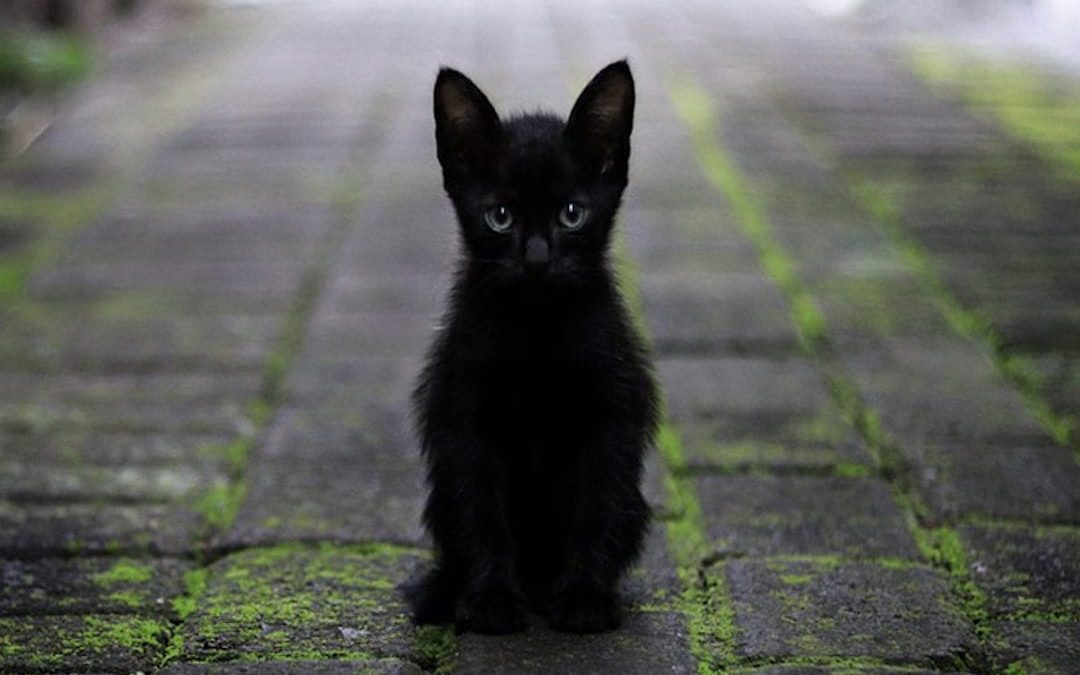 Not many people admit to believe in “bad luck” once they see a black cat, but the truth is that these cute felines are the last ones to be adopted at shelters.

Did you know that this superstition comes from the Middle Age? When witch-hunt was at its boom, in the United States and in some south European areas, cats started being identified to the bad, to dark activities and, in general, to witchcraft. Because of this, black cats were hunted and burned on the fires.

In Italy, many years ago people believed that if a black cat goes to an ill person´s bed, this person will die.

But this has not always been like this. In Egypt, for example, cats were adored and mummified with their owners. Were Romans the ones that, from Egypt, introduce them to Europe, where they were recognised as good luck animals. In places where there was no witch-hunting, black cats kept their good luck image; and they are still like this at Great Britain and Ireland.

For example, in Victorian England if a black cat passed in front of a couple about to get married it was a sign of happiness and fertility. In Scotland, a strange black cat at someone’s porch is a sign of prosperity.

Besides these places, in some other cultures like the Czech, romanian, especially at the historic region of Moldavia, and in India, most of the people believes that if a black cat crosses in front of you it represents bad luck, besides that this regions were never affected by witch-hunt or anti-paganism.

It hasn’t also helped black cats imagine what movies and tv have shown. Let´s remember “The black cat” of Edgar Allan Poe (and all the film and tv versions) or the cynical Salem in “Sabrina, the Teenage Witch.